After 8 years of waiting, the "Orange Corps" returned to the World Cup stage. The Dutch team can be said to be the strongest team in Group A, with Depay, Van Dijk, De Jong and other stars gathered in the team. Recently, the state of the Dutch team has been very good. In the past 15 games, they have achieved 11 wins and 4 draws, remaining unbeaten. In the world preliminaries, the Netherlands won the World Cup ticket with a record of 7 wins, 2 draws and 1 loss. In these 10 games, the Dutch team scored 33 goals with full offensive firepower. Depay is undoubtedly the team's striker The most threatening figure in the world.

As the leader of the Senegalese team, Mane's absence has greatly reduced the team's striker strength. In the previous African Cup and World Cup qualifiers, Mane performed very well, and he is also the top scorer of the Senegal team. In the 2002 Korea-Japan World Cup, the Senegal team broke into the quarter-finals. Although it lacked the top attacker, as the champion of the new African Cup of Africa, the overall strength of the team should not be underestimated. 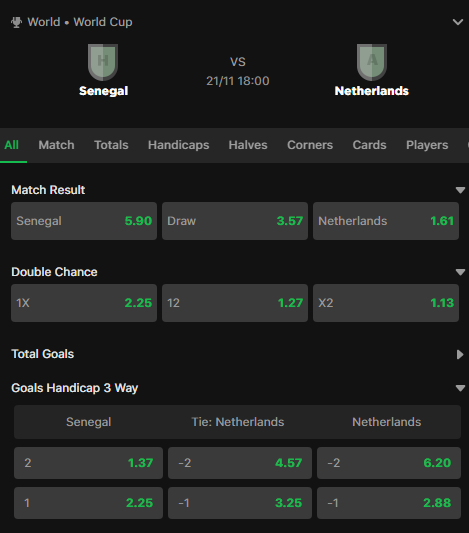